Leaking Appliances Left Homeowner with A Very Expensive Mess. But the Claims She Filed Didn’t Hold Water in The End.

This was a first-party action by the insured against Firm client, National Federated Insurance Company. The defense achieved a double defense verdict as plaintiff had two separate claims consolidated into on trial.

The first claim was for water damage to her home while the second claim was for a theft loss and vandalism eight months after the water damage. The jury was given an itemized verdict on each claim and rendered a “No Liability” verdict on both. Damages questions were, therefore, not answered.

The plaintiff insured, who owned a single family home, alleged that her washing machine continuously leaked water into her house while the insured was out of town for several weeks on vacation. She was alleging thousands of dollars in damage to the structure itself as well as damage to furniture, designer clothing, electronics and various other items that were either on the floor or had water expanding up walls and furniture to damage low placed items.

The insured testified that water “gushed” out of the house when she opened the door upon her return and that the water was several inches deep in some locations. When pressed, the insured never could pinpoint the cause of the washing machine water leak.

The insured alleged that eight months later she was again on vacation when unidentified individuals broke into her home stealing thousands of dollars worth of jewelry and electronics. She alleged they also committed acts of vandalism inside the home. Interestingly, plaintiff alleged that much of her documentation supporting her prior water damage claim were destroyed in the vandalism or stolen.

The defense was very aggressive in attacking the insured’s credibility on the facts, the causes of the two losses and on plaintiff’s claims for damages. There were aspects of the insured’s version of events which could not withstand careful scrutiny. There were many parts of her story which were either too convenient or seemed implausible. The insured had difficulty in providing witnesses who would corroborate her version of events as to both causation and damages and had further difficulty in producing documents supporting the value of her damaged items. The jury returned defense verdicts on both claims.

The icing on the cake was that Federated National had authorized the service of a Proposal for Settlement early on in the litigation and was entitled to taxation of attorney’s fees as well as costs. 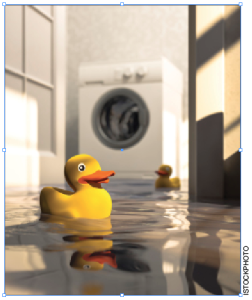