No catastrophic injury; no loss of earning capacity.

Senior Partner Gregg Margre and Associate Michele Bachoon, attorneys in the firm’s West Palm Beach Office, prevailed before the Judge of Compensation Claims in a Permanent Total Disability (“PTD”) claim which was previously litigated. The Claimant, a bus driver, was injured in three separate workers’ compensation accidents on September 26, 1996, August 21, 2001, and November 10, 2004.

The Claimant continued to work for the Employer following her accidents and retired on June 1, 2007, due to medical problems unrelated to her workers’ compensation accidents. To wit, she was legally blind and no longer capable of driving a bus.

The Claimant filed a Petition for Benefits requesting PTD as a result of each accident. On August 26, 2009 the parties attended the first trial on the Claimant’s claim for PTD and PTD Supplemental benefits from June 1, 2007 to the present (2009). Her claim was denied by Order on October 12, 2009. Judge of Compensation Claims, Shelley Punancy, found the Claimant failed to prove she is unable to engage in any substantial gainful activity by reason of any physical impairment resulting from her compensable work injuries,  and that the Employer/Carrier had sustained its burden to show, by conclusive proof, the Claimant retained a substantial earning capacity. The Claimant appealed and the Order was affirmed by the First DCA on September 28, 2010.

On February 23, 2012 the Claimant filed her second Petition for Benefits requesting PTD and PTD Supplemental benefits; this time from February 21, 2012 to the present and continuing. On November 5, 2012 the parties attended a second trial on the Claimant’s claim for PTD.

The Claimant argued that she turned sixty-five (65) years old and as such, according to Social Security’s Medical-vocational Guidelines (“the Grid”), she was now disabled.  The Grid is part of a five step analysis that the Social Security Administration undertakes in determining disability.  According to the Claimant, she was of advanced age with limited education and non-transferable skills. As such, she “grid out” and is disabled.

Margre argued that there was no catastrophic injury and no indication of PTD; there was conclusive proof of a substantial earning capacity and ability to engage in substantial gainful activity; and that any disability is due to unrelated medical conditions.  Margre proved the Claimant’s medical treatment and condition remained stable since 2009. Her doctors testified that her restrictions and capabilities were the same as in 2009 and that nothing changed with regard to her condition.

Additionally, Margre argued successfully that because the Claimant had non-exertional limitations, reliance on the Grid was inappropriate and it should only be used as an advisory tool. He presented the Judge with evidence via testimony from a vocational expert and the Claimant’s treating physicians that she was capable of performing substantial gainful activity at a sedentary to light duty level. The JCC entered a Final Compensation Order on November 29, 2012, denying the claim for PTD for the second time.

The basis for the denial was that the Claimant failed to prove that she was unable to engage in any substantial gainful activity by reason of her worker’s compensation accident and that the Employer/Carrier sustained its burden to show, by conclusive proof, that Claimant has a substantial earning capacity. The Claimant has since appealed and the firm’s appellate expert, Partner Michele Ready has assisted with the appellate proceedings. The firm is confident that the JCC’s order will once again be upheld. 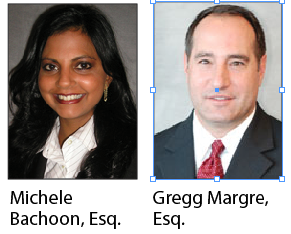