Senior Partner John Joy (Ft. Laud.) and Junior Partner Kelly Corcoran (WPB) recently obtained a Final Declaratory Judgment on behalf of the insurer in an action to determine insurance coverage regarding the existence of Chinese drywall in a home.

The claims against the insured were related to representations by the insured during the sale of a home regarding the non-existence of Chinese drywall (even though it was alleged the insured knew Chinese drywall was present). The insurer defended the insured in the underlying tort suit, and simultaneously filed a complaint for declaratory relief seeking a ruling that it had no duty under the policy to defend or indemnify the insured with regard to the suit based on the intentional act and business pursuits exclusions. 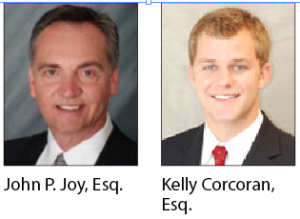