Proving the Case for Proof of Loss

WLSC likes to keep our clients well informed as to the most recent changes in the law. To that end, below we present a summary of two recent Florida cases which have drastically changed the ability of insurers to be granted a Motion for Summary Judgment based on the insureds failure to comply with the proof of loss provision in the insurance policy. As the case law below shows, insurers will now have to prove prejudice. Although WLSC did not handle these cases, the analysis is intended to provide ways for our clients to adapt to the changes in the law.

In 2012 the Florida appellate courts heard the case of the Farmers, a Florida couple, who suffered property damage to their home due to a lightning strike, and submitted the claim to their insurer, Allstate Floridian.

After some initial concern regarding late notification, as well as duplication of benefits with a related claim, Allstate notified the insureds of their obligation to provide a notarized proof of loss pursuant to their policy conditions.

For the next several months, the insurer made numerous demands to the insureds for a notarized proof of loss, and continued their claims handling process.

Despite these requests, the insureds admittedly failed to submit a properly notarized proof of loss. However, the insureds were cooperative with the insurer during the claims handling, by providing recorded statements, documentation, appraisals, and submitting to an examination under oath (“EUO”) at the request of the insurer.

Eleven months after submission of the claim, and despite all necessary information to process the claim, the insurer failed to render a decision as to coverage. The insureds promptly filed a breach of contract suit against the insurer.

Additionally, the Court found that the policy in this case did not clearly or explicitly provide that forfeiture is a consequence of breach of the proof of loss obligation. As such, “[l]iberally construed in favor of the insured, the policy language suggests the breaching insured has the right to cure the violation and retains the right to recover under the policy” (citing Parris v. Great Cent. Ins. Co.).

Thus, even in proof of loss cases, prejudice is an issue in determining whether forfeiture results from an insured’s breach.

In a companion case, Makryllos v. Citizens Property Ins. Corp., the insureds’ residence incurred rain damage for which they filed a claim with their property insurer.

The insureds’ EUO was rescheduled several times and all the letters stated that the insureds were “expected to submit the [p]roof of [l]oss prior to or at the [EUO].” The insureds did submit the proof of loss at the time of the EUO. Following the EUO, the insurer moved for summary judgment, which was granted in their favor, because, the insureds failed to timely file a sworn proof of loss, a required condition of the policy. The insureds appealed.

The district court reversed, finding that the record presented two issues of material fact at the time summary judgment was entered: 1) whether the insurer waived its right to rely on the policy condition requiring submission of a proof of loss within 60 days of the request for same, because the insurer instructed the insureds over a course of two months, “to submit the [p]roof of [l]oss prior to or at the [EUO];” and 2) whether the insureds cooperation to some degree was sufficient to avoid the insurance policy’s condition that “no action can be brought against us unless there has been compliance with the policy provisions.”

In their opposition to the motion for summary judgment, the insureds submitted an affidavit stating that they received a letter advising them to bring the proof of loss to their scheduled examination under oath.

The district court found that the affidavit put at issue the insureds reliance on the letters from the insurer and the possibility that the insurer had waived the policy’s clause requiring them to provide a proof of loss within 60 days from the request for same.

The court went on to state that the record also established that the insureds provided the insurer with a sworn proof of loss before summary judgment was entered, thereby partially cooperating which could raise a fact question as to whether the insurer should be able to declare a breach of contract that precludes recovery. 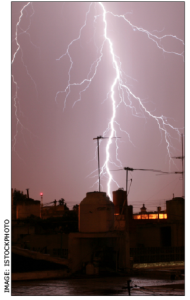