Since 2003 Amendments, Employer/Carriers Have Enjoyed Reduced Exposure — But is the Tide Turning?

The Florida First District Court of Appeals, in a lengthy landmark decision dated February 28, struck down as unconstitutional the 104-week cap on temporary total benefits found in §440.15(2)(a).

The cap had been a key component of the state’s 1994 reforms of the workers’ compensation system, ending the “wage loss” category of benefits. In the case Westphal v. City of St. Petersburg, the court found that the 104 week cap on temporary total disability benefits was too restrictive and inconsistent with other states’ systems.

The case involved a firefighter/paramedic, Bradley Westphal, who was injured on the job and whose disability extended beyond the 104 week cap. After exhausting the 104 cap, Westphal was still incapable of working or obtaining employment based on the advice of his doctors and the vocational experts that examined him. He filed a claim for permanent total disability benefits.

The court concluded that §440.15(2)(a), Florida Statutes (2009), is unconstitutional under Article I, Section 21, of the Florida Constitution as limiting him to no more than 104 weeks of temporary total disability benefits, despite the fact that he was at that time totally disabled, incapable of engaging in employment, and ineligible for any compensation under Florida’s Workers’ Compensation law for an indeterminate period.

Article I, Section 21 is found in the Declaration of Rights portion of the Florida Constitution which states “Access to courts.—The courts shall be open to every person for redress of any injury, and justice shall be administered without sale, denial or delay.” The court opinion also declared that “when the 104 week limit on Florida’s temporary total disability is compared to limits in other jurisdictions, it becomes readily apparent that the current limit is not adequate and does not comport with principles of natural justice”.

Having declared unconstitutional the 104 week cap which had been in place since 1994, the court reverted to the prior version of the statute and reinstated the 1991 provision allowing for 260 weeks (5 years) of TTD/TPD. The 1st DCA stated that the 260 week limit will remain until a legislative solution is found. The 1st DCA stated that the “opinion shall have prospective application only, and shall not apply to rulings, adjudications, or proceedings that have become final prior to the date of this opinion.” This decision was handed down from the 1st DCA just as the 2013 legislative session is about to convene. Please note that the decision is not final, and there is a strong likelihood that an appeal will be taken to Florida Supreme Court.

From a practice standpoint, if the decision stands and is not reversed or legislatively addressed, the implication would be that any open case in which the former 104 week cap was applicable would be replaced with a 260 week cap on indemnity benefits, thereby effectively doubling the temporary indemnity exposure. 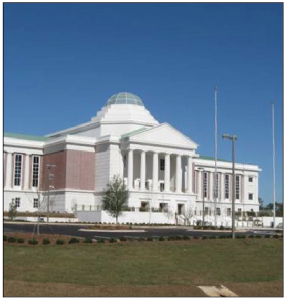